Capital in the Digital Age @ Art

Since the publication of Karl Marx’s Capital 200 years ago, the world has undergone drastic changes. A new world order emerged after World War II that saw the birth of the United Nations and the process of European integration. In recent years, we have witnessed the Greek government-debt crisis, Brexit, a refugee crisis, and the ascendance of right-wing populists such Donald Trump. The world is full of uncertainties.

So, what does “art” mean in the world we are living in today, a place that is “beset by crises”?

Marx once claimed that, "Art is not a mirror to reflect the world," but rather "a hammer with which to shape it." Today, the hammer is not in the hands of artists, but in the hands of auction houses and auctioneers.  Each time they bring down the instrument, a new million-dollar deal is sealed. Immediately after Banksy's iconic Girl with Red Balloon was sold for 1.2 million euros at Sotheby's, the artist shredded his own work. Some believe that Banksy’s “self-destructive” act was a mere publicity stunt, whereas others regard the artist as a spokesperson for the anti-commercialization movement. However, to collectors and auction houses alike, artworks are no different from stocks—they are capital to be traded.

Conceptual artist Joseph Beuys believed that "Art = Capital.” In this model, art equates to creativity and productivity, and Beuys stressed the necessity of respecting alternative explorations within this new realm. Indeed, information throughout most of early human history was communicated viva voce. Yet, industrialization and standardization gradually deprived the modern adult of their ability to think laterally, though lateral thinking is one of the driving forces behind social, cultural and economic development. Restricted by numerous rules and regulations, the "rigid" world we currently inhabit is especially in need of art and culture in order to reclaim a sense of vitality and serendipity. When the essence of lateral thinking and artistic creativity is applied to modern, interdisciplinary institutions, it becomes a kind of methodology.  Art should not be limited to resistance, dialectics, and confrontation; it can also be a kind of product. Art can offer an alternative, fascinating way of turning individual fantasies into reality, of letting us indulge in little luxuries. Nevertheless, it should not stop at being a product either, but must go on to become a spectacle that exists outside the pressure exerted by the social machine.

Beuys’s world was an "analog" world. His idea of art turning into capital and creativity becoming a form of productivity was theoretical and prophetic. In today's digital world, however, the transformation from artistic creativity to productivity has become a known fact. From the previously unimaginable success of Apple to the metamorphosis of Facebook and Google from college students’ fantasies to a worldwide phenomenon, once marginalized creative endeavors have taken center stage and become “new capitals” with trillions’ worth of digital productivity. So what does capital mean in the contemporary world? Does it still refer to bank stocks and luxury items like Mercedes-Benzes and BMWs? Has it gone virtual, as in the case of Facebook, Google, and Bitcoin? Or does it now refer to high-tech artificial intelligence? Industry 4.0 has capitalized the art industry. Capital in the digital age has become increasingly abstract and virtual, challenging the "authenticity" and "aura" of art.

As home to the European Central Bank, Frankfurt is a global center of financial capital. At the same time, it is also a creative metropolis where different subcultures thrive. Throughout history, the city has always been a meeting point where opposing viewpoints and ideas intersect. Therefore, there's no better place to hold constructive, conflict-resolving dialogues than Frankfurt. CAPITAL@ART.INTERNATIONAL has chosen the former Mercedes-Benz-Niederlassung (10,000 square meters) in Frankfurt, a symbol of "old capital", to be the exhibition venue for the works of 26 artists from countries and regions such as China, the United States, South America, Germany, Russia, Eastern Europe, and Israel, and many more in the hope of promoting the intercultural dialogue between capital and art in the digital age.

One of the primary tasks of contemporary art is to pursue all questions pertaining to the present. From June to September 2018, over 20 artists used their own unique languages to reexamine and redefine capital, with special focus on its multi-faceted and inherent contradictions. Here, the word “capital” is no longer limited to its traditional, financial sense, but has been expanded to include the human body, human behavior, and technologies such as artificial intelligence.

According to Marx, “History repeats itself, first as tragedy, then as farce.”[1] The international artists in CAPITAL@ART.INTERNATIONAL utilized art to illustrate the two faces of capital: To children who are struggling to survive in poverty-stricken villages in China, life is their only capital; to Eastern European girls who tried everything they could to defect to foreign lands, the longing for a better life and their actions alone were their "capital.” The Diaspora caused by civil wars in South America; the lack of capital for survival and free marriages… these represent the “tragedy” of capital. On the other hand, in the bridge that represents the capital of “Man Power,” in works such as The Forever Unfinished Building, Money is Time, Operation Thanatos, Chinese Dreams, Washing
Machine, and Driving the Ocean to the Boats, the dreams of personal and collective capital and power represent “farce.” What these artworks have in common is their account of the shared fate of all human beings: brainwashing and violence, dictatorship, and dystopian money principles.

Art is not limited to questions of the present; it is also extremely valuable to our understanding of the future. Artificial intelligence has become prevalent in today’s world, and big data collects information about our behavioral patterns and thoughts, including our material preferences and political orientations, in order to generate standardized collective behavior on a scale never seen before. In the digital age, politics is replaced by computational optimization. Even if we are aware of being manipulated, we don’t know how far it has gone, or how far it can go. In an absurd and uncanny way, Day Dream explores the effect of artificial Intelligence on the future of humankind as a kind of “new capital” and shows the danger of power imbalance in global political discourse in the digital age.

Chinese avant-garde artist Wen Pulin once said that philosophy seals the coop to catch the chicken, whereas art lets out the mad dog to bite people. Has art in the digital age already become part of Capital, or is it still a mad dog on the loose? 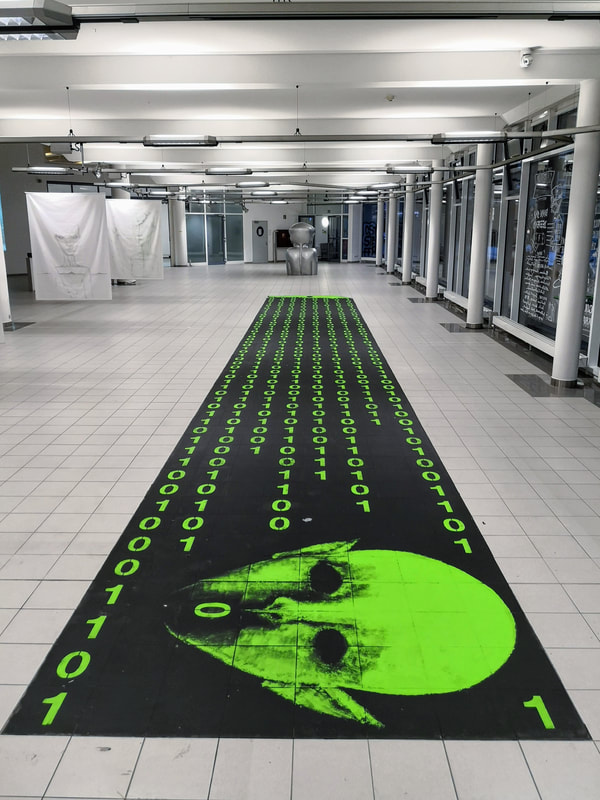