Juan Xu: Walter Benjamin once said: “One can behold in capitalism, a religion.” That is to say, capitalism essentially satisfies the same worries, anguish, and disquiet formerly answered by so-called religion. You did some bank-related performance art before the Capital @Art show. It was about criticism of capitalism. How did you come to those works? Have you seen the aspect of religion in capitalism, as well?

Baumanns: It somehow became mature, when you are living in a city that is so busy in the financial sector. Above in the skyscrapers the rich and powerful, and in the streets the poor and homeless. Big contrasts give impressions to my art every day. Besides the wealthy houses and glamour shops, you also have a strong anticapitalistic autonomy scene in Frankfurt, and a dynamic art scene.

Juan Xu: Your artworks in the Capital @Art exhibition have been shown internationally, and seem a little more subtle than before. As I know, your previous performance works such as “Banker” and others are much more direct than your works in this show. It makes me think of the work of Josef Beuys in 1980, Das Kapital Raum, which is a blackboard installation with 3 themes about money. It refers to the work of art as Capital- not in terms of its monetary value, but rather in relation to the intellectual capacity. The blackboards are symbols of invitation for intellectual discussions. Are you possibly influenced by Beuys? If yes, how is the process of changing?

Baumanns: There are many artists that impressed and inspired me. But yes, especially the work of Beuys. The theories he invented in art, the way he described a new view on artistic work, but also his work in different media and with things you normally would describe as trash. I am also an artist that can create art out of everything and in various media. I think it also has something to do with if you are a poor or rich artist. When you are a poor artist, your existence is often in danger. If you have to fight with your back against the wall, you take every material you find to not stop expressing yourself…or in distress you find the best ideas. Like Beuys, who was in the beginning very much troubled, both financially and also with his artistic work. But out of this depressing and fundamental situation he could find and create a new vision for his art, and rose from there like a star.
There are many examples of this concept by great artists we know so far, that distress creates the best ideas and the most impressing artworks. Van Gogh, Picasso, etc. It is also a sign for very good art throughout history, when it is not directly accepted by the public or fits into existing art markets. Many people think they know so much about art, but in fact they know just what exists and what functions. They close their eyes before what is truly different, because they search for the functions of the market. In this case, provocative art is also not easy to sell.
And Beuys and me, we very much like to do provocative art. But when you are able to reach a wider audience, everybody admires that you stayed true to yourself and did not change for the market. It’s a repeating cycle in art, filled with pain, hard work, not giving up, luck, and just life. I think you don’t choose to be an artist… it’s aninner kind of illness that you are born with and it develops by how you are raised, in which situation, and later what decisions you take in life. I don’t think Beuys just "creates" himself for the artistic profile that is shown to us. Before he was meant to create "something,” there was no other way around. Like for me- my family history and how I was raised, the things that happened to me in life... they formed my character and how I think. And I can tell you this not an easy thing to handle. That’s why I am also talking about this like an illness, a kind of autism. And this I can also read in the works and expressions of artists like Beuys, Van Gogh, Picasso, Abramovic, and Emin. It’s this emotional experience that makes the best art, and if it’s combined with wide and deep thinking, it’s the Olympus of art. Beuys so far is one of the greatest examples for that... Yes!
I am also thinking about working with blackboards from school next year at a performance festival in Istanbul. And I also have already done some work that could be described as a tribute to Beuys, combined with my own new vision and ideas.

Juan Xu: “Pay me what you owe me, don’t act like you forgot” are the lyrics of the song “NNHMM” that symbolizes unpaid debt and the impossibility of escaping the circularity of the moral economy. Everyone knows the saying, “Time is money,” so why is your work called "Money is Time”? Does it mean if you have money, you can even buy time by paying people to sell their labor or mental resources?

Baumanns: By being an artist, you are not paid by the hour, even though you need a lot of time to produce art. So, time has a bigger meaning when you need money to get it.

Juan Xu: Your installation Consuming Hitler looked very impressive and unique, especially accompanied by Li Xinmo’s artificial intelligence work Daydream on the ground. The space installation Consuming Hitler produces a three-dimensional, surreal, and intrusive bodily experience with the mind, and even includes a bit of impactful humor. You wouldn’t recognize it as Hitler at once. Is this a performance photo? What is the background?

Baumanns: It is one of my performance photos, which I‘ve created with masks, body painting, and special backgrounds. I am taking photos of myself in my studio with a remote control. Most of the time I cannot breathe, see anything, or have strange fluids and other stuff in my mouth. Like this, the photo shoot gets a kind of performance itself, only without an audience. You can feel it in the picture. For this very special one I had some gold glitter glued with honey on my teeth. Also, I tried to look as insane as I could. (Laughs)

Juan Xu: If one talks about Frankfurt, people think at once of the Frankfurt Airport or EZB (European Central Bank). Well, Frankfurt is indeed the finance center of Germany, even in Europe (maybe after Brexit). But Frankfurt has over 20 important museums and is also the center of publishing houses such as FAZ, Frankfurter Rundschau, and includes the biggest book fair in the world. There are also a lot of startup design shops and so on. Frankfurt has a complicated relationship between art and Capital. To you, is Frankfurt more of a banking and finance city, or a city of creativity?

Baumanns: Definitely more of a banking city. That’s why it is hard for an artist to survive with the high prices to rent a flat or buy food. You have to be very radical and irrefutable in fighting for your art… especially when you are not just producing for the art market.

Juan Xu: Well, what we may forget is that Frankfurt used to be the street-fighting center for over 68 movements, and is also the home of the "Frankfurter Schule.”[1] On the 200th anniversary of Karl Marx's criticism, Frankfurt is still up-to-date, or rather, the anger of capitalism is still present.

Baumanns: I think that the theories of Marx are still up-to-date and maybe they just need some adaptions to the present time. Also, there are some corrections of the mistakes that can be seen in communist systems today. In Frankfurt, there are many intelligent students at the universities doing poetry slams and holding discussions about this theme. So the "Frankfurt School" is still alive.


[1] Established in 1918, the Frankfurt School of Social Theory and Critical Philosophy is based upon Freudian, Marxist, and Hegelian principles regarding idealist philosophy. 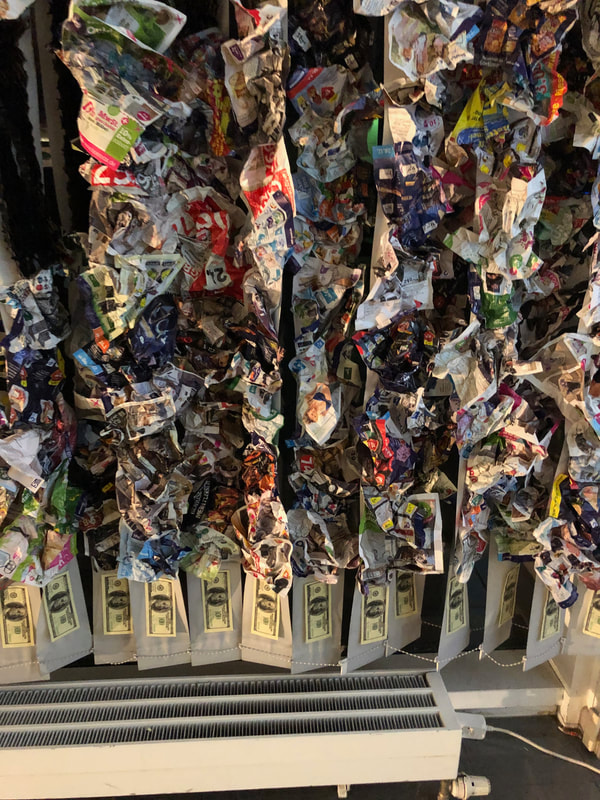